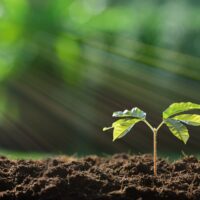 A notorious former Pit Stop service station in Lawrence Township was recently demolished after the township obtained a roughly $240,000 grant from the New Jersey Department of Environmental Protection’s (NJDEP) Hazardous Discharge Site Remediation Fund to pay for the demolition of the building and to study the soil underneath it. The demolition and study relate to reports of spill contamination under the property going back several decades. The current owners of the property are expected to hand it over to the town for essentially nothing in order to avoid incurring responsibility and cost for cleanup. To learn about the service station’s history and demolition, read on. Call a licensed underground storage tank (UST) remediation and removal professional if you need assistance with a damaged or contaminated UST.

Township to Take Ownership of Former Service Station, Remediate and Convert to Park

A former service station located on Lawrence Road between Altamawr and Meriline avenues in Lawrence Township is currently undergoing demolition. The former Pit Stop station gave rise to complaints of potential contamination as far back as the late 1990s when neighborhood residents complained of odors in their drinking water. NJDEP’s spill hotline was notified at least three times between 1997 and 1998 of discharge that occurred at the site, although the Pit Stop continued operating (over orders to stop selling gasoline) until 2003. In 2003, the township Health Department finally sampled nearby wells and discovered significant evidence of contamination. Affected properties were connected to city water.

Later that year, the property owner was ordered to remove several USTs on the property as part of the remediation efforts. Instead, the property eventually went into foreclosure. A new owner purchased the property and removed the USTs as well as 2,000 tons of petroleum-contaminated soil in 2006. In 2010, NJDEP undertook a multi-phase remediation investigation. The process inured the property to millions of dollars in cleanup costs owed to the state.

If you discover a UST at your construction worksite or if you have to respond to a UST spill on your property, you need seasoned help from qualified advisors with years of underground storage tank experience. For experienced and economic assistance dealing with a UST on your property, call Herbert Lutz & Company in Florida at 954-971-5222, or in New Jersey at 908-862-8888.