Be Careful What You Admit To in a Spill Act Case 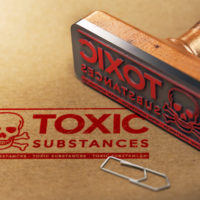 The New Jersey Spill Compensation and Control Act, N.J.S.A. 58:10-23.11 et seq. (the “Spill Act”) allows a landowner who cleans up and removes a hazardous substance, such as a UST spill, to bring a lawsuit for “contribution” against everyone else who contributed to the discharge or who otherwise should be liable for the cost of cleanup. Contribution means the other dischargers/contributors will share in the costs. For example, current landowners cleaning up a UST leak could bring a claim against former landowners, if they should have been responsible. The Spill Act lays out specific defenses that the defendant to a contribution claim may bring in order to avoid paying their share of the cleanup costs.

In a recent case, New Jersey’s Appellate Division considered how previous admissions or findings of fact in court will affect current litigation under the Spill Act. The doctrine known as “judicial estoppel” essentially states that when facts have been found as a matter of law in a previous court proceeding, either by admission or by a judge or jury, then those facts are gospel in future cases that involve the same issues and related parties. For example, if you sue a person who hits your car and as part of your lawsuit you claim that the damaged vehicle is owned by you, you would not later be able to defend yourself against a related lawsuit (e.g., if a third party was hit by your car in the process) by claiming that the damaged vehicle was not yours. The doctrine is aimed at preventing parties from gaming the system by arguing against themselves in later cases.

The case of Terranova et al., v. Gen. Elec. Pension Trust et al. concerned a dispute between Plaintiffs Matthew and Karen Terranova, the owners of a gas station property, against the former owner-operators of the site. The Terranovas were seeking contribution for costs related to remediating a leaking gasoline UST on the property. However, several years earlier, the same plaintiffs had brought a previous Spill Act claim against other former lessees of the property who possessed the property between 1981 and 2008. The previous case went to arbitration, and the arbitrator ultimately adopted the plaintiffs’ contention that all of the damage occurred during those years.

In the current case, the defendants argued that the case should be thrown out based on judicial estoppel. The previous legal action found that all of the leak damage occurred between 1981 and 2008, based on the plaintiffs’ own arguments, and the current defendants owned the property prior to 1980. The plaintiffs argued that they retained a new expert who opined the leak damage could date as far back as 1963. The plaintiffs further claimed that the Spill Act lists out very specific defenses and judicial estoppel is not among them.

The Appellate Division agreed with the defendants. The plaintiffs won their last litigation specifically by claiming that all leak damage on the property occurred between 1981 and 2008, including by ignoring evidence from the initial expert suggesting that some damage could have occurred before 1981. They were not then at liberty to conveniently change their minds five years later in order to sue new defendants; the facts were found. Judicial estoppel is a doctrine that is not subject to any overriding legislation.

If you are a real estate owner looking to properly remove a UST prior to sale, get help from trusted advisors with years of underground storage tank experience. For advanced, professional assistance, call Herbert Lutz & Company, in Florida at 954-971-5222, or in New Jersey at 908-862-8888.