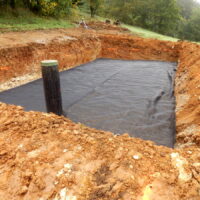 On November 13, 2019, the New Jersey Appellate Division issued a decision that has property owners and real estate developers on edge.  The matter revolved around which courts have jurisdiction to hear enforcement actions brought by the New Jersey Department of Environmental Protection (NJDEP).  Based on the decision, defendants in Spill Compensation and Control Act (Spill Act) cases may be dragged to court in venues that some claim are not properly suited to the complexities inherent in a Spill Compensation and Spill Act case.

The case titled State of New Jersey Department of Environmental Protection v. Alsol Corporation involved an NJDEP allegation that the defendant had failed to remediate certain properties after a spill per NJDEP regulations.  The action sought penalties against the defendant pursuant to the Spill Act.  The action was brought via summons in Municipal Court, which is a court of limited jurisdiction in New Jersey that typically hears cases regarding disorderly persons misdemeanor offenses (e.g., drunk in public), traffic infractions, fishing and gaming violations, and municipal ordinance violations that occur within the court’s geographic limits.

The defendant sought to dismiss the case on subject matter jurisdiction grounds, claiming that the Municipal Court lacked jurisdiction to hear the matter.  The Municipal Court agreed, concluding that its jurisdiction to enforce civil penalties under the Spill Act was limited to cases in which a “finding of liability has already been adjudicated,” i.e., in order to collect penalties already determined rather than to adjudicate liability in the first place.  This would mean that NJDEP can only bring Spill Act enforcement actions in the Superior Court, the court that handles most lawsuits.  NJDEP appealed to the Law Division, which reversed the Municipal Court’s decision.  The defendant then appealed to the Appellate Division.

The Appellate Division affirmed, finding that Municipal Courts do have jurisdiction to impose civil penalties in summary proceedings brought under the Spill Act.  NJDEP can thus bring a Spill Act enforcement action in either municipal court or the Superior Court, meaning that defendants facing a summons in Municipal Court should take those summons just as seriously as receiving a complaint in Superior Court.

The decision is considered a victory for NJDEP.  Municipal Court matters tend to move much more quickly than do those in Superior Court, with truncated proceedings.  Defense lawyers and property developers fear that the complexity of environmental cases necessitates slow and careful consideration in a full court proceeding, rather than the faster proceedings that the Municipal Court tends to offer.

If you find a UST at your construction worksite or are dealing with a UST spill on your property, get help from trusted advisors with years of underground storage tank experience. For experienced, qualified, and dedicated assistance, call Herbert Lutz & Company in Florida at 954-971-5222 or in New Jersey at 908-862-8888.