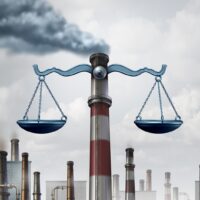 Real estate developers and managers know the daily headaches of dealing with the alphabet soup of state and federal agencies concerning environmental protection. Unfortunately, resolving a case with one agency does not always mean that another agency won’t come out of the woodwork to cause problems about the same exact matter. A federal appellate court recently found that settling a matter with the New Jersey Department of Environmental Protection (NJDEP) does not preclude the United States Environmental Protection Agency (EPA) from seeking costs associated with the same remediation effort. Read on to learn about the matter and speak with a qualified, licensed UST remediation and removal professionals for help dealing with a damaged or contaminated underground storage tank (UST).

NJDEP and EPA Team Up to Clean a Landfill

The case titled N.J. Department of Environmental Protection v. American Thermoplastics Corp. concerned a landfill in Chester and Washington Townships in New Jersey. The defendant purchased the landfill in 1978 and operated it through a subsidiary until it closed in 1981.

In 1983, the EPA added the landfill to the National Priorities List for long-term remedial evaluation and response. NJDEP and EPA entered a “cooperative agreement” to remediate the landfill, designating NJDEP as the lead oversight agency. The EPA would, in turn, “contribute one hundred percent (100 percent) of the cost of managing and performing” a remedial investigation and feasibility study and “ninety percent (90 percent) of the cost of managing and performing” the remedial action. NJDEP would pay the other 10 percent. A later amendment clarified that “[n]othing contained in this Cooperative Agreement shall be construed to create . . . the relationship of agency between EPA and the State[,]” and expressly “negated and denied” the authority of either party to “attempt to negotiate on behalf of the other.” The EPA ultimately incurred around $104,000,000 in costs for the remediation of the landfill, and NJDEP incurred around $24,000,000.

Defendant Uses Bankruptcy Settlement to Get Out of Paying NJDEP

Prior to the cleanup, the defendant filed for Chapter 11 bankruptcy. NJDEP filed a claim in those proceedings, but the bankruptcy court disallowed it because New Jersey law at the time only allowed liability for the actual operator of the landfill (the defendant’s subsidiary). The EPA did not file a claim.

The EPA and NJDEP later filed actions against other responsible parties and obtained certain amounts split between the EPA and NJDEP. The plaintiff to this action was one of those responsible parties who paid amounts pursuant to a consent decree. In 2011, the plaintiff filed a contribution action seeking to force the defendant to contribute to the consent decree payments it made to the EPA.

The defendant sought to dismiss the case, arguing that the NJDEP Agreement granted contribution protection as to both NJDEP and the EPA costs. The district court agreed and dismissed the action, relying primarily on Section 113(f)(2) of the Comprehensive Environmental Response, Compensation, and Liability Act (CERCLA), which provides that: “A person who has resolved its liability to the United States or a State in an administrative or judicially approved settlement shall not be liable for claims in contribution regarding matters addressed in the settlement.” The court found that the NJDEP agreement “addressed” all of the costs incurred by both agencies, even though the EPA was not a party.

The Third Circuit Court of Appeals disagreed. It found that the phrase “matters addressed” in CERCLA should be interpreted narrowly. Because the NJDEP agreement did not specify that it also included costs not covered by NJDEP, the plain language of the agreement should not be extended to cover EPA liability.

The case is a reminder of the dangers of incurring heavy cleanup costs and reaching narrowly-tailored settlements. When dealing with remediation efforts, it is important to resolve them cost-effectively and efficiently, avoiding the massive costs that can arise when relying on state and federal agencies.

If you find a UST at your construction worksite or are dealing with a UST spill on your property, get help from qualified experts with years of excellent service to real estate developers and managers. For dedicated and detail-oriented assistance, call Herbert Lutz & Company, in Florida at 954-971-5222, or in New Jersey at 908-862-8888.