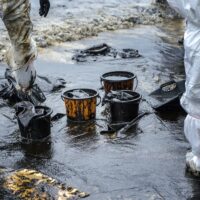 Generally, most legal claims and lawsuits have a time limit within which the claimant must file in order to retain their legal rights. Claims brought under the New Jersey Spill Compensation and Control Act (Spill Act) should be no different: If the government has grounds to seek compensation after a spill cleanup, they should be forced to do so within a reasonable time. Statutes generally set the time limit, called the statute of limitations, for claims brought under that particular section of the law. Where no specific limitation period is set, courts look to general periods of limitations from the broader area of law. The Spill Act, unfortunately, does not set an explicit statute of limitations. For some time, courts were unclear on the statute of limitations as a result. The New Jersey Supreme Court has ruled on the matter, and its decision makes hiring a professional, licensed underground storage tank (UST) remediation and removal specialist to remediate your UST all the more important.

The matter of Morristown Associates v. Grant Oil Co. concerned a Spill Act claim brought several years after the cleanup. The defendants argued that Spill Act claims should be subject to the general six-year statute of limitations for claims involving injury to real property. On appeal, the Supreme Court of New Jersey reached a unanimous decision that should frighten any developer faced with a UST spill: The Spill Act has no apparent statute of limitations.

If you find a UST at your construction worksite or are dealing with a UST spill on your property, get help from trusted advisors with years of underground storage tank experience. For dedicated, qualified assistance, call Herbert Lutz & Company, in Florida at 954-971-5222, or in New Jersey at 908-862-8888.